What do you relate to more: Work now play later, or, play now work lat 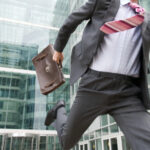 For many of my clients it’s play now work later and this way of being has greatly impaired their time management skills.  With a simple switch to work n

ow play later their ability to be on time has drastically improved.

Now please know I don’t want you to become a workaholic nor do I ever want you to stop playing! But this little switch can help you be on time.

So the trick is to get ready first;  shower, get dressed, pack your lunch, walk the dog and then when you’re ready get to playing. But first SET AN ALARM to 10 minutes before you have to leave to allow you time to finish up and you don’t have to worry about running late anymore.

So switch from play now work later to work now, play and be on time. This little change has helped so many of my clients and it can help you too.  Plus they say their playing is more fun because it is stress free.  Try it and let me know how it goes.