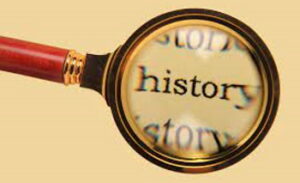 It is important to keep in mind while looking at the history of ADHD that the field of psychology is a fairly new one. Dating back to the late 1800’s the science of psychology is only a little over a century old.

Keeping the previous in mind the first MEDICAL documented case of ADHD can be traced back to 1902.  It was a British doctor named George Still that named the disorder “Defect of Moral Control”.

Various names have been given to the disorder over the years including “Post-Encephalitic Behavior Disorder” in 1922 , “Minimal Brain Dysfunction” in the early 1960’s to “Hyperkinetic Disorder of Childhood” in the late 1960’s.  It was then believe that ADHD was only a childhood disorder that one would outgrow.

In 1937 a pediatrician Dr. Charles Bradley began using stimulant to treat the disorder. However, it was not until 1956 that Ritalin was introduced as a treatment for ADHD. A funny FYI is that Ritalin is also used to treat people with narcolepsy.

It was not until the 1980’s thanks to the work of Canadian Virginia Douglas that the name Attention Deficit Disorder with or without hyperactivity was given and included in the DSM III.

In 1987 the American Psychiatric Association renamed the disorder Attention Deficit Hyperactivity Disorder and it is noted that it was a medical diagnosis.  Despite the 3 sub-types of ADHD (inattentive, impulsive or combined) all 3 types are considered to include hyperactivity as racing thought are viewed as a form of hyperactivity.

In 1998 the American Medical Association stated that Attention Deficit Hyperactivity Disorder was one the best researched disorder.

At present there are several forms of stimulants and non stimulants to treat ADHD and Adult ADHD is currently included as a disorder.