In order to examine the cause of ADHD let’s first take a look at the definition of the disorder. Now I’m 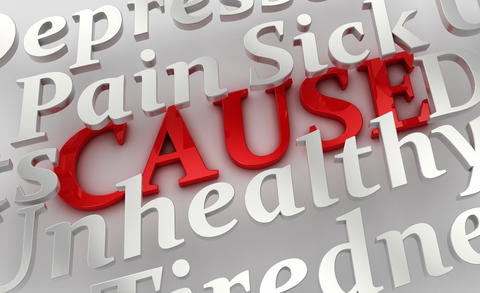 warning you this definition has changed multiple times over the years and trust me it will change a dozen times over in the future. But for the sake of information let’s define Attention Deficit Hyperactivity disorder as such:

It is VITAL to mention that it is a FACT yes an ADHD FACT that Attention Deficit Hyperactivity Disorder is NOT CAUSED by:

The previous are MYTHS that I like to call “old wives tales” and to be severe on my part only the uneducated still believe these ADHD MYTHS.

Now that all that has been said what oh what CAUSES ADHD?

Well there are many factors at play but we can attribute 3 main CAUSES to ADHD:

Yup you inherit the disorder most likely from your parents or it is in the family genes. Now don’t go blaming your parents or grandparents for giving you this disorder; remember they too have it.  regardless there is no point in blaming it is like spilled milk, you still have the disorder and now it’s time to simply clean up the milk.  Mainly we learn to manage our ADHD instead; that’s my 2 cents as an ADHD Coach.

2. Another cause of ADHD is Substance abuse during pregnancy:

We are looking at: cigarettes, alcohol, drugs and toxins in the mother’s environment.  Again if I may be so bold, no point in getting angry what is done is done; you are a child of this universe and thank goodness you are here.

3. We are looking at injury to the brain as a third cause for ADHD:

This can either be during the delivery or due to some sort of trauma to the brain.

Please keep in mind that science is ever evolving and at present we can view the main cause of ADD/ADHD as heredity.  But please don’t go thinking or giving credit to the MYTHS of ADHD such as sugar or poor schooling; stick to the facts.